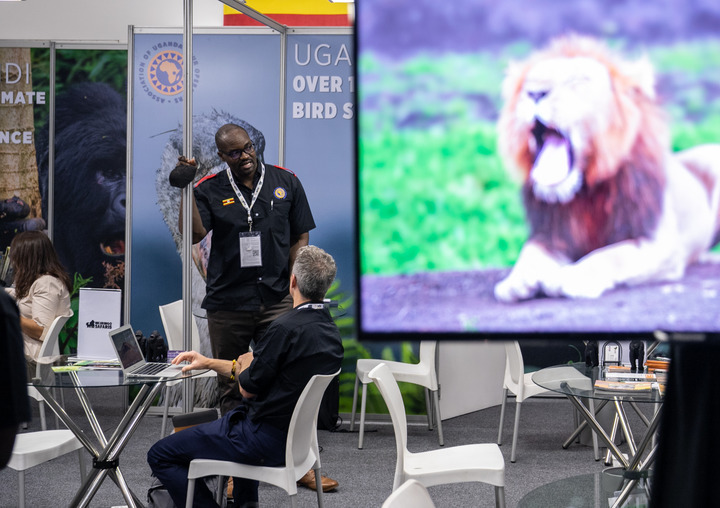 Tourism ministers and officials from a number of African countries joined a roundtable discussion on tourism on Monday, focusing on green tourism and connectivity for tourism growth in Africa.

CAPE TOWN, April 12 (Xinhua) — Tourism ministers and officials from a number of African countries joined a tourism roundtable on Monday, focusing on green tourism, connectivity, among others , for the growth of tourism in Africa.

An African Ministerial Roundtable on the theme of addressing challenges for future investment in Africa’s tourism industry was held at the Cape Town International Conference Center during the three-day World Travel Market Africa, where officials discussed participated in person or virtually.

There are only about 70 million travelers among Africa’s 1.3 billion people while only 26 African cities are connected to international standards, so African countries need to improve connectivity by air and open their skies to establish a domestic market, said Najib Balala, Cabinet Secretary. for tourism and wildlife in Kenya.

In this way, airfare can be affordable and Africa can go from an expensive destination to an affordable one, not only for foreigners but also for nationals, according to Balala, who also suggested easing restrictions. visa regimes in Africa. 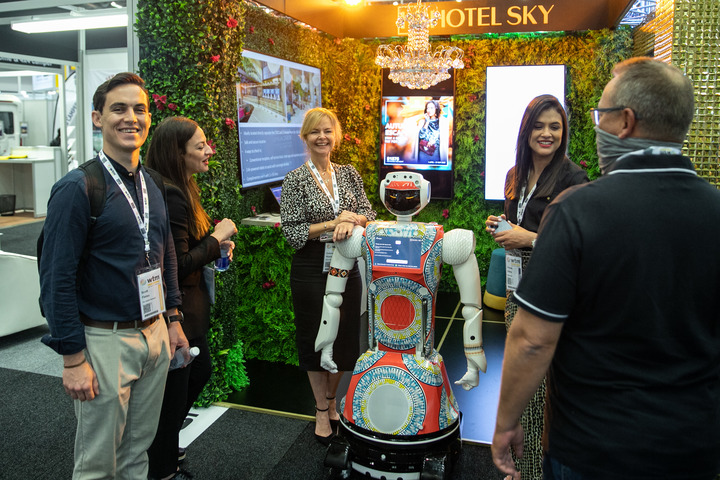 People stand next to a robot at the booth of a hotel chain during the World Travel Market Africa in Cape Town, South Africa, April 11, 2022. (Xinhua/Lyu Tianran)

Ministers also spoke of the need to “go green” in the tourism sector. Botswana sees sustainability as a key to facilitating the growth of the tourism sector, said Botswana’s Minister of Environment, Natural Resources, Conservation and Tourism, Philda Kereng.

“We must conserve and preserve national resources, on the basis of which we develop and serve products,” she said, adding that the southern African country has revised its tourism policy to make it responsive and resilient to change. climatic.

“Going green is the path to natural resource-based tourism development,” she said.

The Kenyan minister also said that Africa could utilize its vast solar energy potential and become a leader in green tourism.

Participants also discussed the need for a coordinated COVID-19 protocol framework in Africa, digitalization in the tourism sector and a central tourism finance institution.

World Travel Market Africa includes a business-to-business tourism exhibition and other events, to bring benefits and opportunities to travel professionals in Africa. ■