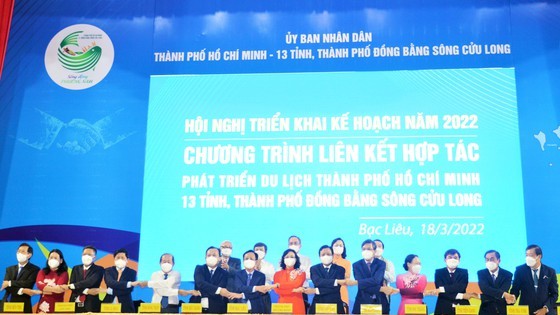 Leaders from HCMC and 13 southern provinces and cities are attending the conference. (Photo: SGGP)

Speaking at the event, Director of Tourism Department of HCMC, Nguyen Thi Anh Hoa said that since its launch in 2019, tourism cooperation programs between the city and major tourist areas in the country have been implemented. effectively implemented, including tourism cooperation between HCMC and 13 southern provinces and cities.

However, the pandemic has hit the socio-economy hard, especially the tourism sector which is among the most affected by the disease. The total number of tourists visiting HCMC in 2020 was over 17 million, representing a decline of over 66%. In which, there were 1.3 million foreign travelers, down almost 85% from the previous period. 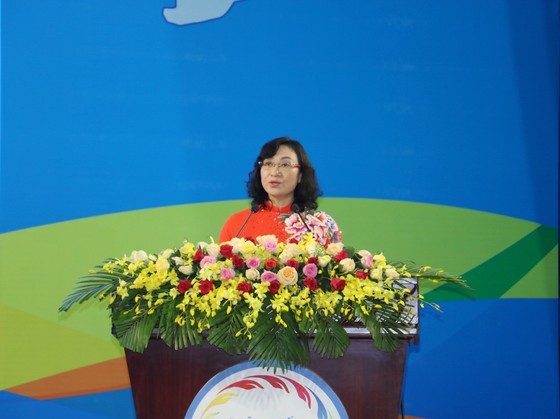 The Mekong Delta region welcomed 27.7 million people, fell more than 41% from the same period and generated 21.879 billion VND ($961 million) in tourism revenue, down from 48% compared to the previous period.

According to Deputy General Manager of Saigontourist Group Vo Anh Tai, although several sites have potentials to become tourist destinations, they face transport infrastructure and human resources problems while tourist facilities and services do not meet. not up to standard.

Relevant localities and departments should cooperate to build a set of tourism safety evaluation criteria to create an advantage for tourism activities in the region, he suggested.

In addition, experts suggested that provinces and cities should have a tourism investment mechanism, focus on operating major tourist areas, and provide local special tourism products. 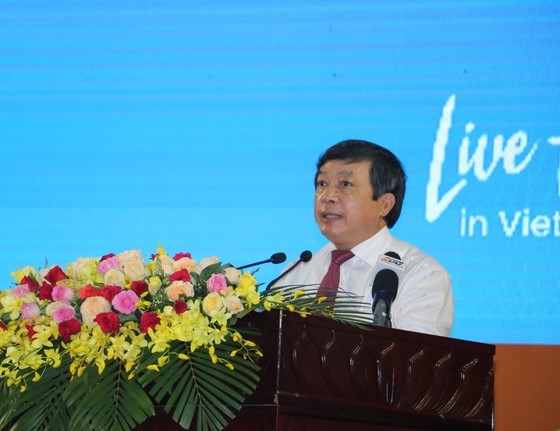 HCMC People’s Committee Vice Chairperson Phan Thi Thang said the reopening of domestic and international tourism activities is a golden chance for HCMC and the Mekong Delta region to recover their tourism industry.

Deputy Minister of Culture, Sports and Tourism Doan Van Viet asked localities to actively prepare response plans for the safe reopening of tourism, strengthen the implementation of infrastructure upgrading projects to expand domestic and international tourism markets, promote travel businesses in connecting destinations in the region, and ensure the development of local and international direct air connections from Bangkok, Kuala Lumpur, Seoul and Taipei to the airport from Can Tho.

Provinces, cities and travel agencies have also agreed to achieve an agreement on promoting the strengths of localities and creating favorable conditions for tourism development.

14 localities have signed a coordination regulation to implement the linkage in tourism development between HCMC and 13 southern provinces and cities. 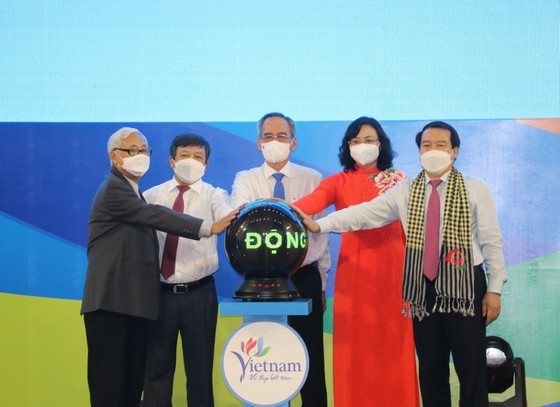 Leaders from the Ministry of Culture, Sports and Tourism, HCMC, provinces and cities in the Mekong Delta launch the plan to reopen tourism activities.