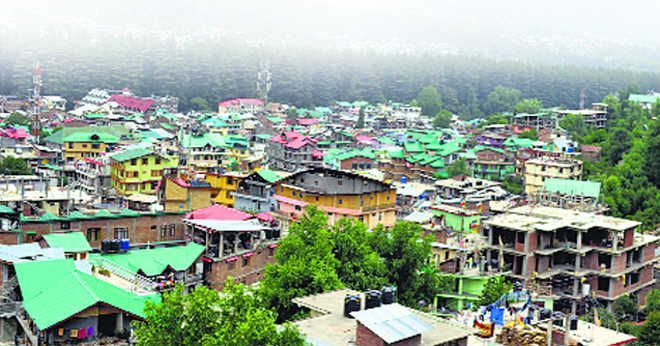 Kullu District Magistrate Ashutosh Garg has issued guidelines for tourist activities on Hamta Road in the Manali subdivision of the district. Some decisions of the national tourist office have already been implemented. The rules will apply as before but some of them have been modified. Additional guidelines have also been released.

According to the guidelines, 400 small vehicles, 100 two-wheelers and 20 temporary travelers will be allowed daily for tourist activities on the road to Hamta beyond the AD Hydro barrier. For this, tourists will have to pay a congestion tax of Rs 200 to Rs 500. Vehicles will be allowed up to the point of taking the road from the AD Hydro project. Passenger vehicles on this road will be permitted from 6 a.m. to 6 p.m. This period will be valid until 10 p.m. for hoteliers upstream of the barrier.

Tourists will need to apply online at kullupermits.in to visit Hamta. After paying the congestion charge, the tourist will receive a slip containing the QR code, which can be scanned at the barrier of the Tourism Development Council (TDC). A policeman will be posted near the AD Hydro barrier while the TDC will deploy three jawans Home Guards there to monitor the movement of vehicles.

According to the instructions, an exemption has been granted to residents of Prini and Chichoga panchayats to travel to Hamta to perform their traditional obligations. The SDM of Manali can grant this exemption.

He shall have full rights to close or restrict the movement of vehicles on Hamta Road on any day taking into account the prevailing circumstances.

The Manali SDM will also have to ensure that no tea stalls or dhaba are set up along the road other than the three dhabas already set up. Infrastructure will be developed for the development of tourism in the region from the congestion tax levied on vehicles.

AD Hydro will have to cooperate with the management of the barriers. A fine of up to Rs 5,000 may be imposed for overstay or defecation.