New opportunities for Vietnam-US cooperation in tourism development and trade 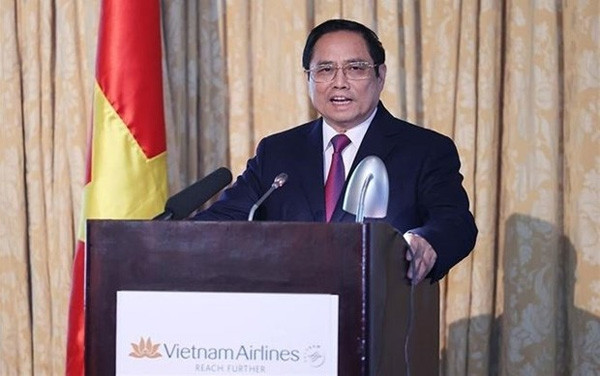 On the afternoon of May 17 (local time), Prime Minister Pham Minh Chinh attended a Vietnam-US conference on trade, investment and tourism promotion with the theme “Rediscovering Vietnam”. in San Francisco.

This is an event of great significance as Vietnam and the United States redouble their efforts to revive their economies after suffering the effects of the COVID-19 pandemic for two years, with the opening of a direct air line between Vietnam and the United States at the end of 2021, while Vietnam has resumed its tourist activities since March 15. The conference also marked the 20th anniversary of the establishment of Vietnam Airlines’ office in San Francisco.

The Vietnamese Prime Minister reiterated Vietnam’s consistent foreign policy of independence, self-reliance, diversification and multilateralization, being a good friend, a reliable partner and a responsible member of the international community. The nation is destined to build an independent and self-sustaining economy coupled with proactive, extensive, substantial and effective international integration, he continued.

In the very difficult year of 2021 due to the COVID-19 pandemic, bilateral trade still reached 112 billion US dollars, accounting for nearly a third of the total trade turnover between the two countries. United States and ASEAN.

The average growth of bilateral trade between Vietnam and the United States is around 17-20% per year.

The United States is Vietnam’s second largest trading partner, while Vietnam is the United States’ 9th. Trade between the two nations has helped make Vietnam one of the top 20 import-export countries in the world.

Premier Chinh said he hopes economic cooperation between Vietnam and the United States will continue to grow and prosper in the coming times, mentioning a number of priority areas for Vietnam such as market development capital, digital and energy transformation, climate change response, tourism and trade, while simultaneously suggesting that American companies explore opportunities and intensify cooperation in these areas.

When it comes to tourism, the United States has been continuously put on the list of Vietnam’s biggest markets. Before the pandemic, the number of tourists from the United States reached more than 746,000 in 2019, with an annual growth rate of 11 percent on average over the period 2014-19, Prime Minister Chinh said.

The Prime Minister said that through internal efforts and support from international friends and partners, the COVID-19 pandemic has been brought under domestic control and inbound and outbound tourism and air routes have resumed, with the start of the first group of American tourists to the nation.

The Vietnamese chief of staff called on foreign investors, including those from the United States, to continue cooperating with Vietnam in tourism in the spirit of “harmonized benefits, shared risks”.

Before the pandemic, there were as many as 30,000 Vietnamese students in the United States, the ambassador said, and he pledged to take about 20 steps to double that number, while bringing more American students to study in Vietnam.

During the event, Vietnam Airlines also introduced direct flight between Vietnam and the United States – with four flights a week between San Francisco and HCM City. The airline is expected to increase the frequency of daily flights on the route next year and at the same time is studying cargo service between HCM City and Los Angeles.

Meanwhile, Saigontourist Group says it will use its network of partners in the United States and North America to help tourism recover and attract tourists from these highly lucrative markets.

At the conference, Vietnamese companies and their American partners discussed potential goods and services that can be imported into the Southeast Asian country, as well as business investment opportunities in the United States.

On this occasion, Prime Minister Chinh, US Ambassador to Vietnam alongside the leaders in San Francisco, witnessed the exchange of MoUs between organizations and companies of the two countries.

In particular, Bac Giang province, Vietnam Airlines and US partners have reached a cooperation agreement on the promotion of exports and consumption of lychee and agricultural products.

Vietnamese low-cost carrier Vietjet and United Parcel Service Co. (UPS), the world’s leading shipping and logistics group, have also entered into an agreement for the transport of international cargo through the extensive regional and global network and the logistics infrastructure of both parties.