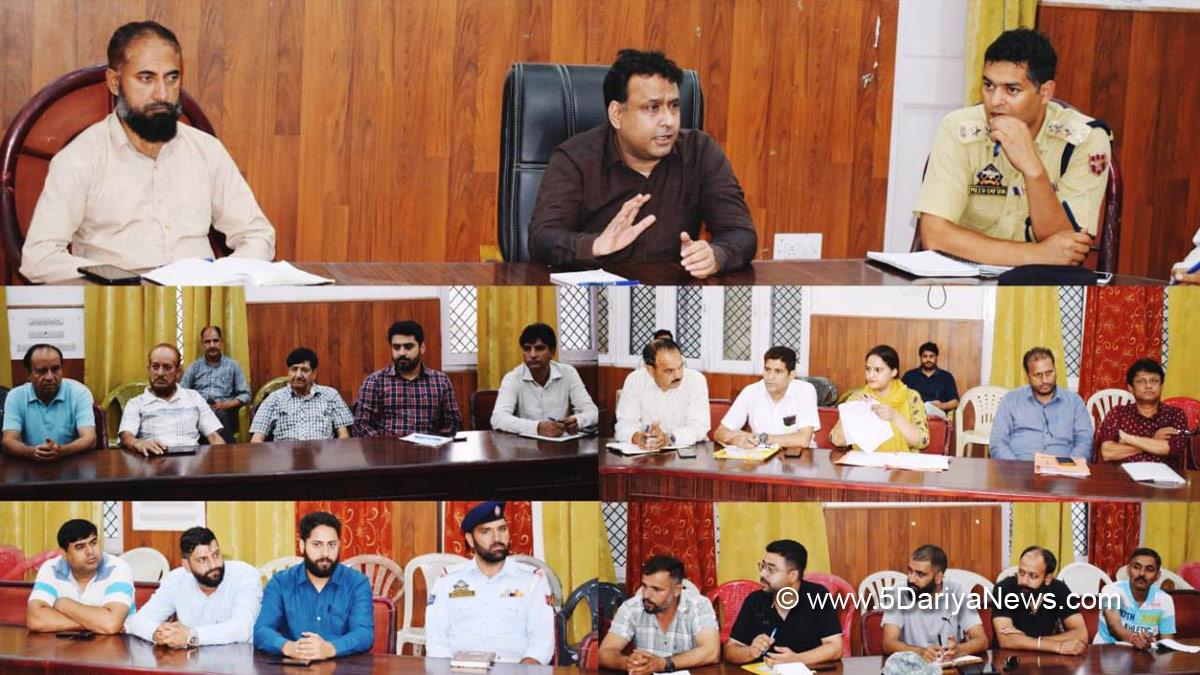 The DC ordered the agencies to come up with a plan to develop trekking routes preferably to Jai Valley, Padri, Guldandi and Nalthi etc., establishment of basic infrastructure and facilities in all tourist destinations with the provision of mobile and internet connectivity.

He also called for exploring the possibility of starting a bus service between Katra and Bhaderwah for tourists. AD Tourism was asked to prepare a roadmap in this regard. BDA CEO has been requested to prepare a detailed project report for the development of minimum basic facilities including provisions for overnight stay and all weather road connectivity in Jai, Padri, Guldandi.

ADC and CEO BDA have been invited to onboard relevant agencies for the early installation of communication towers in these tourist spots. traffic jam.

He ordered the traffic police to strictly deal with illegal parking in the city for smooth vehicle traffic. Regarding the maintenance of the park at Seri Bazar, EO MC Bhaderwah and Ex En PWD were ordered to fence the park with entrance and exit gates, plant flowers. and ornamental plants and ensure adequate maintenance to make it more attractive.

PWD officials have been asked to plan and develop alternative routes to ease traffic congestion in the city during the tourist season. Later, the bottlenecks hindering the early construction of the NTPHC Bhallara were also discussed with the concerned officer of 4 RR Bhallara.