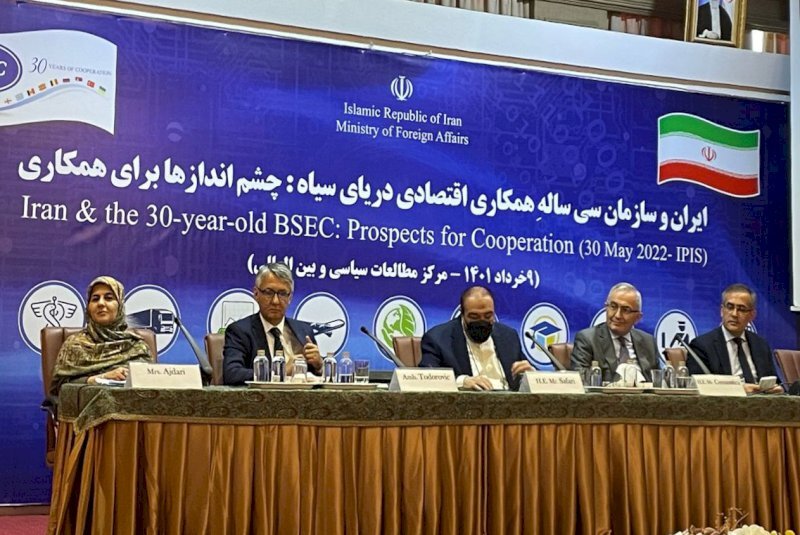 TEHRAN – The Islamic Republic of Iran seeks to develop its tourism industry as one of its top priorities, said Leyla Ajdari, Tourism Ministry official in charge of foreign tourism marketing.

She made the remarks on Monday at the international conference on “Iran and 30-Year BSEC: Prospects for Cooperation” held at the Institute of Politics and International Studies in Tehran.

Among its plans for the future, Iran prioritizes the development of tourism and seeks to strengthen and expand tourism relations with other countries, Ajdari explained.

Tourism is now vital to the economies of many countries around the world, she said.

In addition to boosting inclusive growth and job creation, tourism can also contribute to poverty reduction and promote sustainable development and peace, she explained.

A strategically located country, Iran is a link between the Persian Gulf, the Indian Ocean and the Caspian Sea, through neighboring countries like Turkey and Russia to the Black Sea countries, she noted. .

For the transit of goods, especially by rail, this capacity is easily accessible and at a reasonable price, which can be used by the tourism sector, she added.

Countries in the Black Sea region are among Iran’s target markets for tourism, she said.

Last year, the Ministry of Tourism announced that tourism in the country was growing before the coronavirus epidemic, its income reached 11.7 billion dollars in 2019, which represented 2.8% of GDP, approaching the average share of tourism in world GDP, which was 3.2%.

Iran has been ranked as the second fastest growing country in tourism based on data compiled by the World Tourism Organization.

Experts expect Iran to achieve a tourism boom after the coronavirus comes under control, saying its impact would be temporary and short-lived for a country that ranked third among fastest growing tourist destinations. faster in 2019.

The Islamic Republic expects to benefit from its many tourist sites such as bazaars, museums, mosques, bridges, public baths, madrasas, mausoleums, churches, towers and mansions, of which 26 are inscribed on the UNESCO World Heritage List. Under the Tourism Vision 2025 plan, Iran aims to increase the number of tourist arrivals from 4.8 million in 2014 to 20 million in 2025.