Alycia K. Alexander
Tourism development
Comments Off on Women, more autonomous villagers thanks to the development of tourism

Women, more autonomous villagers thanks to the development of tourism 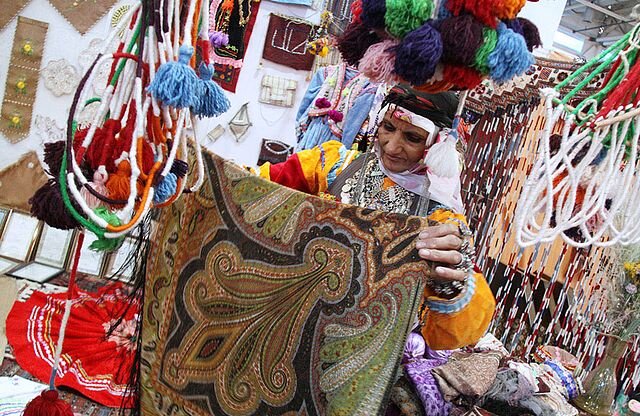 TEHRAN – The development of tourism cooperatives has increased employment for women and villagers, said the deputy minister of cooperatives, labor and social welfare.

There are 3,299 cooperatives in the field of cultural heritage, handicrafts and tourism across the country, IRIB said on Thursday quoting Mehdi Maskani.

Among these cooperatives, 62% are led by women, and if this sector can be developed, more jobs will be created for the target community, namely women and villagers, he pointed out.

Rural tourism, agritourism, religious tourism and ecotourism are alternative or complementary economic activities that could further stimulate rural development. Pointing out that 115 cooperatives are created every year in the field of handicrafts, he said that Sistan-Balochistan, Fars and Kerman have the highest rate and Qom, Zanjan and Qazvin have the lowest rate of handicraft cooperatives in the country. .

He went on to note that a total budget of 20 trillion rials (nearly $76 million) has been allocated to cooperatives in line with the objective of developing the national economy, of which 10% can be allocated to the sector. rural crafts.

There are 39 cities in the world that have handicrafts, of which Iran’s share is 8 cities, he added.

Many efforts have been made over the past two years by the government to support the villagers and slow down the trend of migration from rural areas to cities.

Cooperatives have been recognized as associations and enterprises through which citizens can effectively improve their lives while contributing to the economic, social, cultural and political advancement of their community and nation.

Cooperatives also promote external equality. As they are community-based, they are committed to the sustainable development of their communities – environmentally, socially and economically. This commitment can be seen in their support for community activities, local sourcing to benefit the local economy, and decision-making that considers the impact on their communities.

Despite their local community orientation, cooperatives also aspire to bring the benefits of their economic and social model to all peoples of the world.